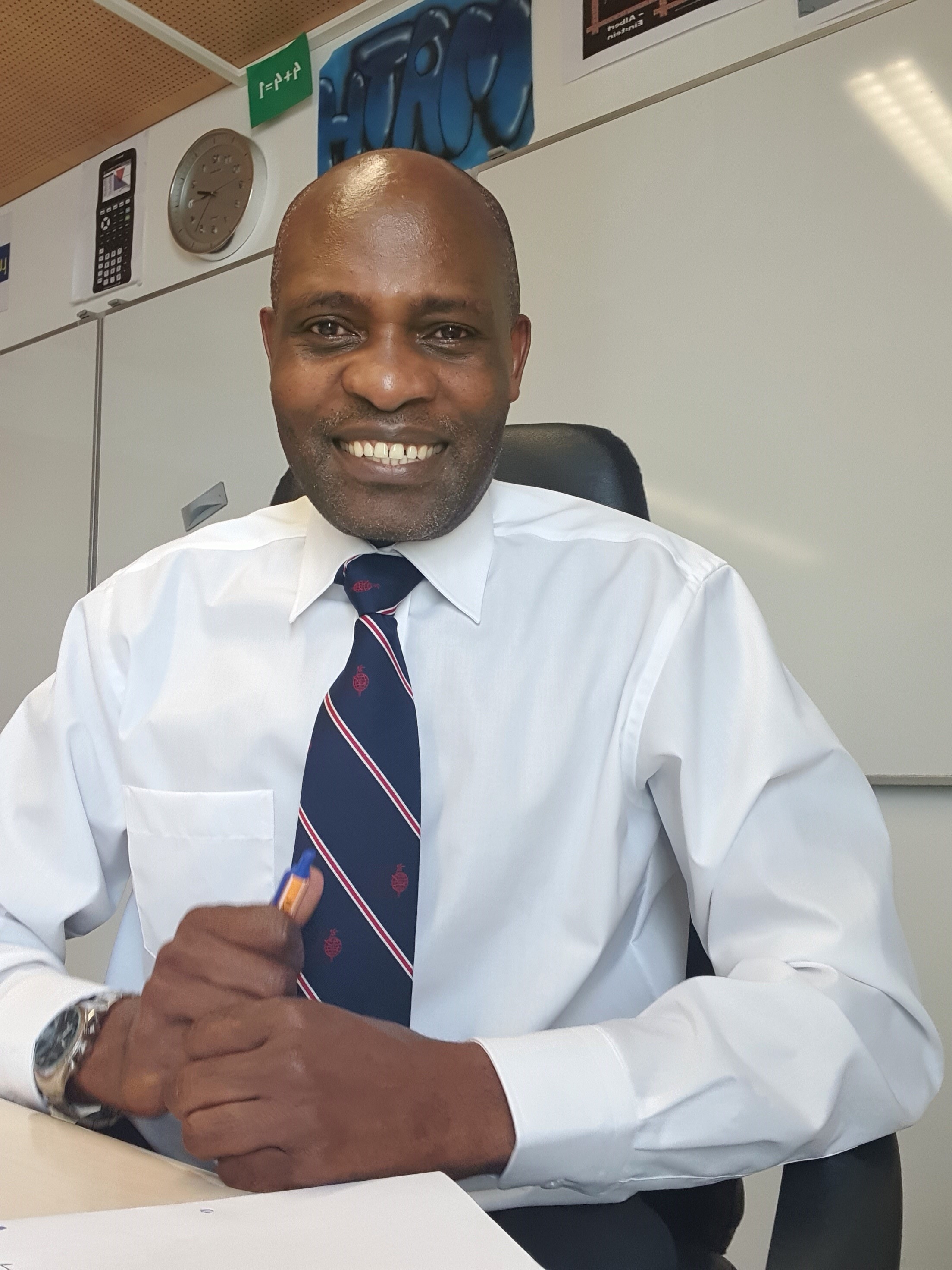 Meet Peter Ngamau, our mathematics teacher in the International School. Mr. Ngamau joined Institut Montana as a Mathematics and Economics teacher in 2006 (about 15 years of service to the school) and has been a valuable member of our team ever since. Initially he was teaching Economics and Mathematics but after some time dropped teaching Economics. His country of origin is Kenya. Prior to joining Montana, he worked in an international school in Kenya teaching IB and IGCSE programmes.

Mr. Ngamau’s first experience outside Africa was in Switzerland, more specifically Institut Montana. He was privileged to have a face-to-face interview as opposed to Skype, popular at the time. It was a memorable moment to travel outside Africa for the first time to do an interview. Asked why he opted to come to Switzerland, he stated that he likes to face new challenges. There are a lot of misconceptions about Africa, Europe, and the rest of the world. His intention was to have life experience and become a global ambassador.

It was interesting to know how Mr Ngamau was able to cope with the significant change of environment/weather. He hails from Nairobi area, the capital city of Kenya, where the temperatures range between 20 and 30 degrees Celsius throughout the year. He pointed out that he was prepared psychologically, and the negative winter temperatures were not a problem. However, he was very eager to experience snow for the first time, not in the news or movies. He was very excited to see snow for the first time, up here on the Zugerberg, as a resident of Juventus at the time.

Mr. Ngamau's interest in mathematics started when he was in Primary school. He was lucky to have great teachers who molded and motivated him when they realised that he had talent in the subject. As a sign of appreciation, he opted to take a career in teaching. He wanted to give something back to the community.  He also wanted to help fight stigma about mathematics being a very challenging or impossible subject to many students worldwide.

Mr. Ngamau's hobbies include football and athletics. Kenya is known worldwide in athletics, and he is always happy to follow world championships, like the Diamond league and Olympics where Kenyan athletes excel.

Mr. Ngamau has worked at Montana that long because of the culture of the school. For him our school is a family far from home. Although teaching international students was not new to him, the scope was broadened as Montana has a wider international coverage of over 40 nationalities.

Mr. Ngamau admits that he teaches one of the most challenging subjects. We were eager to know whether he agrees with the sentiments. According to him, this is mainly a creation of the mind. Many students have the wrong attitude towards the subject. This affects understanding as they see complexity even on simple concepts. Many also depend on hearsay or what they hear from other students, especially seniors. They give up before they try.  There are temptations to copy homework. They forget that they will not have the opportunity to copy in the tests/final exams. Some attempt with obvious consequences when caught. Question is, why risk? What happens is that they underperform and limit the opportunities to be enrolled in reputable Universities. However, the biggest problem relates to the lack of effective study techniques. He is usually shocked to see students read math. A student must always have a pen and paper and solve problems. This is the only way in which understanding can be measured. Mr. Ngamau believes that students should also revise early and avoid last-minute preparations. He advises students to always prepare at least 24 hours before the exam.

To conclude he said that students need to have the right attitude, do assigned work, participate in class, get rid of demotivating hearsay, ask questions when needed, revise early, determine effective study techniques and set realistic and achievable targets independent of influences that do not add value. He is always available to offer help on study techniques.