Natalia Häsler, an alumna's impression at the Summer Sessions

The email I received in January 2017 offering an "internship opportunity" at Institut Montana over the summer break was rather unexpected, seeing as how I hadn't been on the Zugerberg in about two years and not as a student for almost three. On the other hand, I'm a broke university student now and I figured a summer job in a place I'm already familiar with - I was a boarding student from 2006 to 2014 - might not be a terrible idea, so I responded and lo and behold, a few months later I found myself standing back in the exact room I had previously lived in during my last two years of high school. 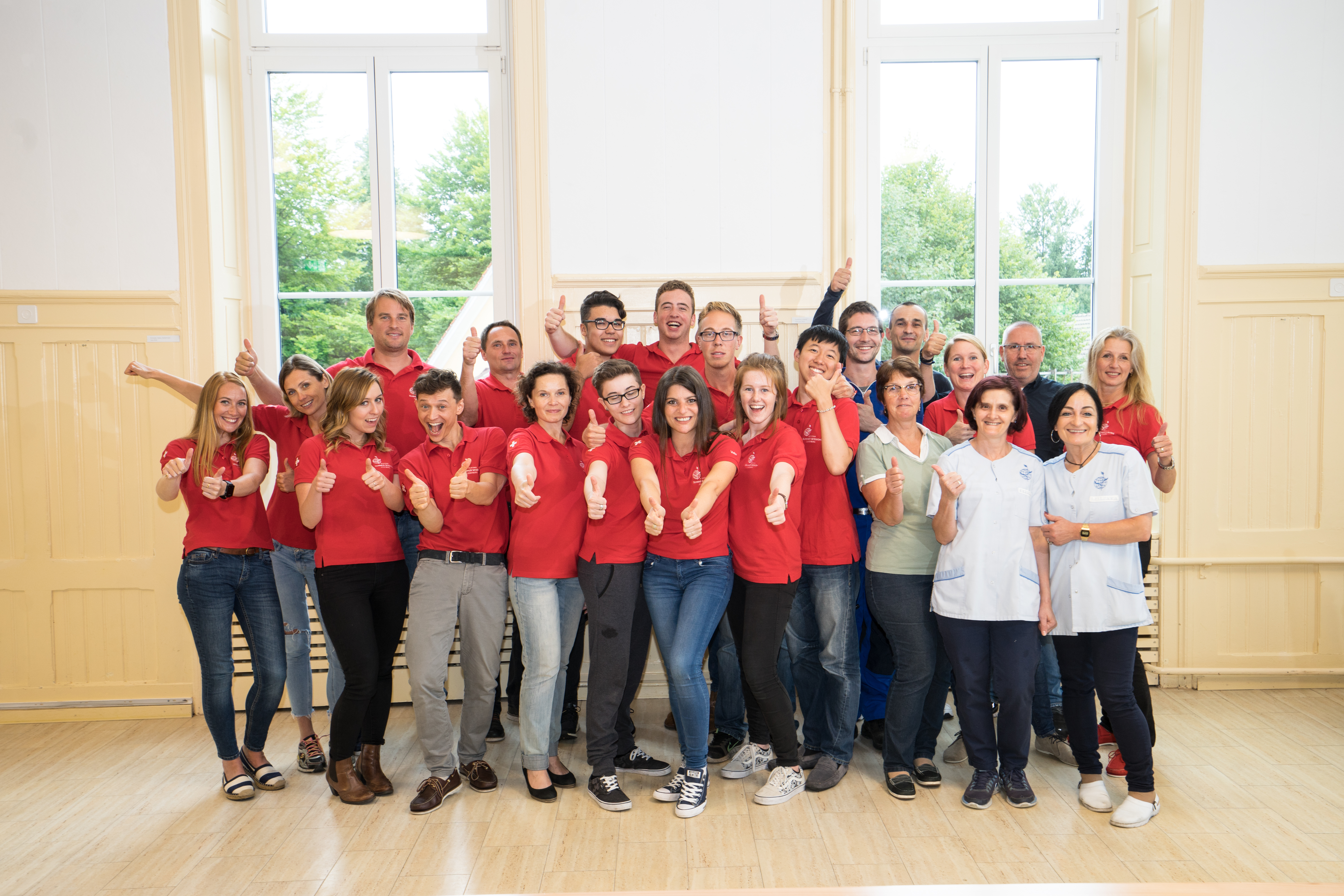 Within those first few minutes back on campus it felt like nothing about the school had changed; the same furniture in the rooms, the same view on the road down to Grosses Haus, the same herds of hikers and bikers who can't resist the temptation of taking a quick peek into the building. This was not an impression that was meant to last beyond the superficial however.

That same day I met Velia and most of the other alumni who had come back to work for the Summer Sessions: Weiyi and Eleanor, who had both graduated one year earlier and Oscar and Chris who had only just graduated barely two months ago. In other words, I was surprised to find that not only had I been away the longest and thus, in a strange way, was the one least familiar with the school and its current inhabitants, but that I was also the oldest of the alumni interns, which, at the grizzled age of 21 I maybe should have expected.

When I say "least familiar" I am mostly referring to the people i.e. the staff who had joined during the last three years. People like Julia Carlsen, whose slightly frightening natural authority is everything I aspire to be and, of course, Velia, who - and I mean this in the nicest way - is like a supercharged squash ball on ten shots of espresso in that she is never ever still; always moving, always bouncing from one thing that needs doing to the next, sometimes to her own detriment.

Luckily, her energy is infectious and I'm convinced that without her relentless efforts as both the project supervisor and everyone else's number one cheerleader, the camp would not have been the success that it - in my humble opinion - was. Of course that isn't to discredit the hard work everyone else put in; it was a fairly intense four weeks for everyone involved, at the end of which I for one was exhausted. But despite that, I found it a worthwhile experience. On the one hand for the literal work experience but primarily for the people, including the students, who for the most part were absolutely lovely and engaged very well with us. Perhaps this is because the alumni interns held a sort mediator position between the students and the "real" adults, since we were neither their teachers nor their house parents but rather like older students whom they should probably listen to but who were also allowed to goof around with them and wear bunny ears to work. Not to mention that we were only ever around during the fun part of the day i.e. the activities and excursions.

Speaking of which, how many people can say they get to go on water slides, play dress up and bake cookies for work? I mean, as far as summer internships go that's not a bad deal. On top of that we were encouraged to say which activities and excursions we would most like to participate in and more often than not our wishes were taken into account. This was also the case for the big afternoon events each of us was to set up, which is how I got to organize a treasure hunt for the whole camp. I won't say I did a perfect job and everything went over without a hitch because of course it didn't but it was still massively fun to come up with all the riddles and challenges and the students got lots of candy in the process, so no complaints there.

I could go on and on about all the little anecdotes and memorable moments I have accumulated over the course of those four weeks. From the disastrous game of bubble soccer that felt like having your own personal greenhouse around you, which, in the sweltering July sun was more of a small-scale demonstration of how global warming works than anything else, to the running joke about unicorns I shared with some of the students. I fear, however, that your interest only reaches so far, so instead I will conclude by simply saying that I am glad I responded to that email in January and got to be a part of the A-Team (A stands for alumni).

Antonio Tricoli could help save thousands of lives in Australia